A tale of two startups

Yes, you have to say "stoooooorryyyyy". 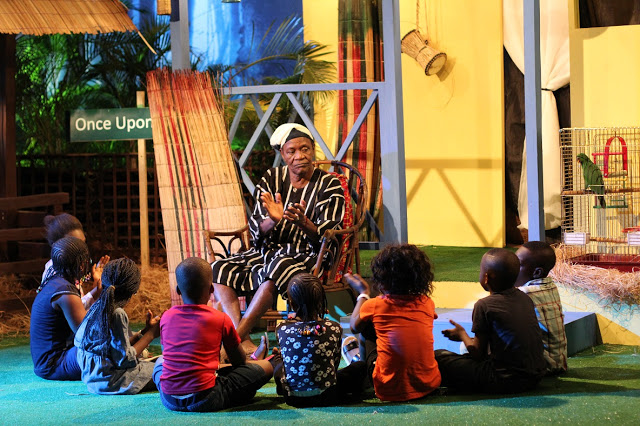 Once upon a time, in the city of Lagos, there were two young men; Wakama and Ade. Both of them had a dream, to build a technology based business that will make them rich like Bill Gates and impact the entire African continent noticeably and significantly. It was a laudable dream.

They both came up with the idea to build some form of online store that will help sellers of custom-made African fashion to reach a wider audience using the power of the internet. And they set about their respective adventures with full gusto.

Wakama got some money from savings, family and friends and set about his quest. The money wasn't much, just enough to pay subscription at a co-working space, pay for server space and cover expenses for a few months.

He built the technology stack with a friend and former classmate, went ahead to sign up a number of dressmakers by pounding on doors, pitching and selling. It took a lot of grit and hustle. The emotional roller coaster of ups and downs while executing made him and his co-founder cry themselves to sleep at night, not knowing if they would be able to pay NEPA bill at the end of the month.

But after 5 years, fumbling and tumbling along, they had managed to create a business they could extract a livelihood from. They had 250 dressmakers signed up, 50,000 unique buyers and a peak GMV of about N300 million in one year over the 5-year period. It wasn't much, but finally, they had a steady stream of income and a bit of loose cash to reward themselves with cars, a small flat and finally able to marry their childhood sweethearts. Not many people knew about Wakama & Sons.

Unfortunately, they had since plateaued on growth for the last 2 years. Unable to grow significantly from the 50,000 unique buyer base at any reasonable pace. To achieve their dream of impacting Africa significantly, they needed money to pursue the next phase of growth and impact.

Ade had another way

Ade went on a different path. You see, Ade had a few friends in the Mecca of the technology world and he thought to use this to advantage. So, he hopped on a plane and paid them a visit. After about 3 months of gruelling runarounds and pitching of his idea and how it would help to usher the dark continent into modern civilization, he was able to get a seed investment of One million U.S. dollars to get the business off the ground. You see, the good people in the Mecca of technology really wanted to contribute to making meaning in the world and Ade had a good path towards that.

Ade got the money, came back to Lagos, hired an experienced development team in Europe on contract, rented an office in an upscale area of Lagos, bought one or two cars with his company's beautifully done logo emblazoned on it. He did a brilliant job of "packaging" himself and his business. He was often in the tech press and attended a lot of events. He spent quite a bit on advertising and PR. The company was well known.

After 5 years, Ade had raised money twice in "series A" and "series B" from more friends in the Mecca of the technology world, totaling north of $50M and built a brand that was quite known in the early adopter circles. He also hired a CFO, CMO, COO, CEO and CTO. All from top schools in the world who helped to beef up both the image and operations of the business. The business grew to 1,500 dressmakers and 150,000 unique buyers contributing N1 Billion per anum in GMV at the peak. The investors were quite happy with the results. The continent was coming out of the dark ages.

Unfortunately, the business wasn't yet profitable. A lot of the money was going into marketing and presenting a good image for the business. Then the economy hit a downturn and Ade was at crossroads. The company had a cash runway that could only last a few months.

He needed to get the business to profitability fast. He had two options. He could cut costs aggresively by laying off, cutting down on marketing, etc. or he could raise one last Mega round to pull the company from early adopters through to the mainstream and achieve scale. Cutting costs may send a wrong message to watchers and impact company morale negatively. So, he thought he'd try to raise money instead. Unfortunately, the foriegn investors were not comfortable with injecting more money in such a down economy that was full of FX uncertainty and instability. Too risky.

Where you come in

You run a fund that consists of pension money and some contribution from a few high networth individuals. Ade and Wakama have sent in investment teaser decks and hope to meet with you to describe their capital needs for the respective stages of their business.

They both need roughly the same thing to execute their idea to mainstream adoption and the mega bucks. Ade's business has shown approximately 3x better results than Wakama's own, has a more experienced and connected leadership, plus a better known brand in the right circles; but was in the red and has cost over $50M to get here while Wakama's business, which had cost about $1M in capital injection so far; is a lean, mean, profitable cash generation machine with little overhead where the team had frugal lifestyles but had shown less impressive top line outcomes when stacked against Ade's.

They both claim they need $50M over the next 24 months to execute the next stage of their rollout. They are also competing with each other. Lastly, Ade's company may come forward with a suggested valuation that is orders of magnitude higher than Wakama's based on a mix of better topline numbers and the $$$ from the global friends in previous rounds at an already "interesting" valuation, and no one wants a down round.

Where would you place your bet?