In my previous life as a hardcore software developer (who wasn't that hot - mschew!), I was at times referred to as "Billy the kid". Why? They said it's because of my propensity to stick my head in my laptop and bang away at code while telling "business people" off. I kindof don't get the connection though.

When I first landed the job of PM at Interswitch I wasn't sure exactly how to cross from colons and braces, to becoming the PowerPoint guy. I remember getting fired up, dragging people into a room, painting the picture of "where we are going" with Quickteller and subtly stressing how I had the Oga's blessing. Then I documented it and sent across as an email to the group. I was pumped.

The first response was from someone I respected who told me "you can't be sitting in that place sharing work for everybody". Over the next month or so, I kinda struggled with altercation after altercation. Once, I reported someone to the Boss for not doing something we agreed, he called the person to order and she did what was required grudgingly. Then he called me aside to tell me, if I want something done, I should try to pick less fights, be less of a taskmaster, give people less wahala, and "build a network of trusted associates".

That's when it all changed. 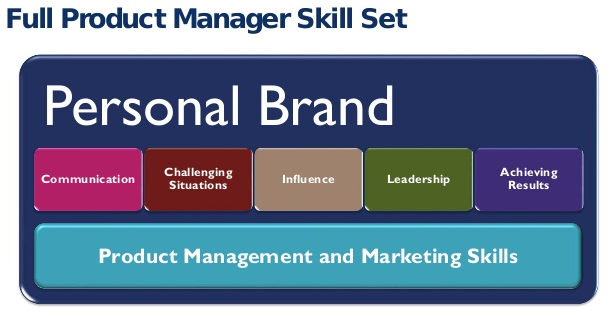 Enough has been said about how Product Managers need to have a diverse set of soft and functional skills to be able to get results. From analytics, to market research, to communication. Even technical skills at times. If I had to determine which single skill is most crucial from my personal experience, I'd say it's the ability to influence people.

The biggest reason why this is so is that, as we know, a product manager is like a bridge across a lot of functions in a team. Therefore there's always someone whose primary job it is to do that thing you want done. Even if you can do it. There's always someone else who can do it for you. Business case? You can convince someone in Finance. Architecture? You can convince someone in IT. UX design? There's a designer around. Customer interview? Maybe a salesguy can help.. etc.

You can try to develop a lot of the other skills required, but you should dedicate special attention to cultivating a personality that can "rally the troops". There's a special magic to this thing. Many times you can leverage your influence with person A, to get something done for person B, thereby folding person B into your network. When person C then wants something from person B, you cash in your cheque and person C is now folded into your network. It's self perpetuating.

When you build the reputation as the gal that people can tell to get someone to get something done without exerting formal authority, you start to rise to that full potential of the glue for the entire cross-functional team. That's what a Product Manager is supposed to be, no?

Even for the bosses, it gets to a time when your ability to deliver results starts to give you influence with the c-suite. This way, you can shape product strategy and vision better. As we know, the c-suite is notorious in most environments for pushing teams in multiple directions at the same time. If you have influence there, you can keep the team focused on an agreed direction for long enough to yield results or pivot if needed. And once the rank and file know that you have influence with the c-suite, you get buy in more easily. Once again, it's self perpetuating.

One thing though, with power comes responsibility. Don't misuse your influence. Don't use it for personal gain. Give credit to others all the time. Solve other people's problems too. Above all, get results!

Bottom line: being able to influence people is the number one asset in your toolbelt because with it, you can get help from other people, move things faster and probably cover up any other deficiencies you have.

Maybe, with another post, I'll cover other ways I think one can build influence.